My work for "Collect" in the Project Space has been inspired by images taken by photographer Chris Jordan. The sad images are of dead Albatross chicks, washed up on the beach. The chicks have been fed lethal quantities of plastic debris by the parents. The chick is unable to regurgitate the plastic and dies from hunger.
Armed with a bag to collect plastic rubbish and a camera to photograph the evidence, I headed to the south of the Isle Of Wight, to a beach called Grange Chine. This rural beach is situated near the beautiful village of Brighstone.The currents has brought a huge quantity of rubbish and dumped it on this beach.﻿ 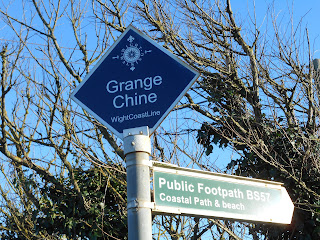 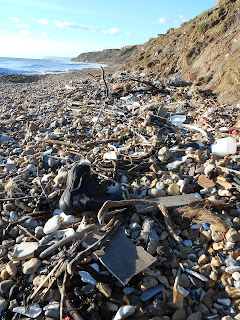 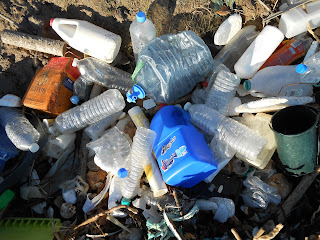 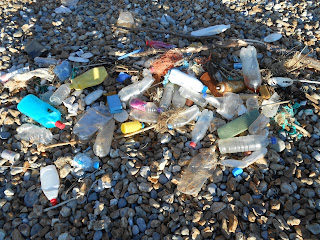 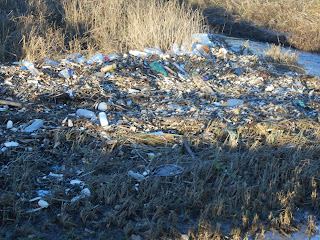 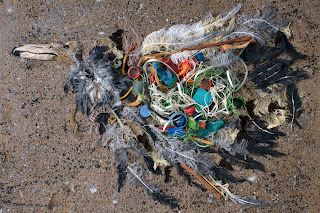 This is my first finished piece. 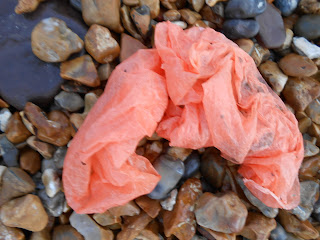 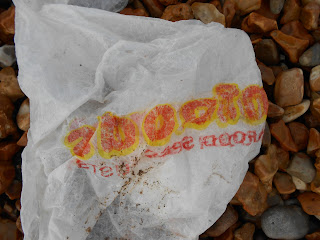 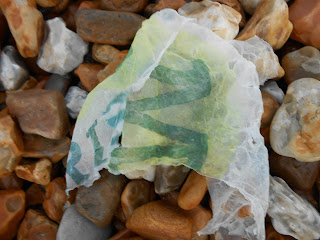 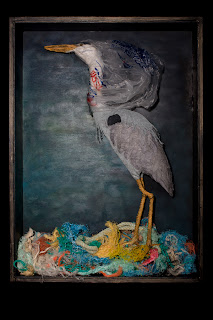 All this nylon rope was picked up on one single afternoon in the space of about 60 minutes. There is so much of the stuff sitting on the beach I could have filled this box several times over. This piece was inspired by an image I found in a photography book and taken by John Cancalosi. Many rubbish tips have rich pickings and white Storks now flock to dumps. Having taken an image of a bird trapped in a plastic bag the photographer waded through the rubbish and set the bird free. With so many plastic bags still filling our dumps, why are they still so widely in use? In Wales and Ireland there has been a 96% usage drop since a charge has been put into place.I choose to use a Heron for my piece.
Title "Stranglehold"﻿ 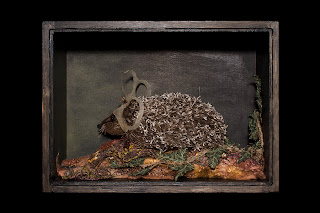 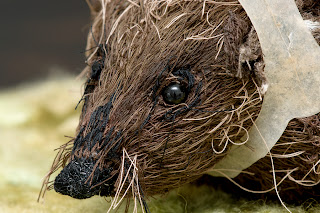 This plastic can four pack ring was not easy to spot. Due to the weathering it had faded almost to opaque, but when I did eventually spot one it was like finding treasure. It must be a good thing I struggled to find one discarded. 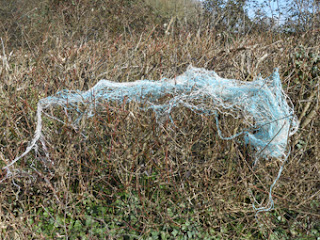 This nylon netting was found in a hedge along from my house. I jumped out of the car, prized it from the bush and took it home. I then incorporated it in my last piece for the exhibition.
Title "Entangled" 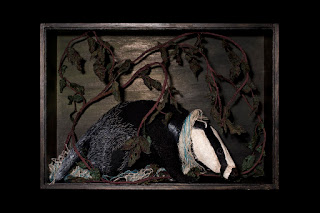 Set up for the exhibition. 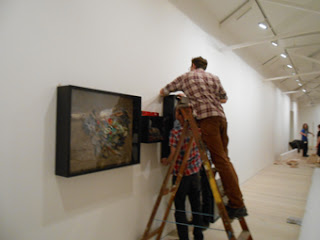 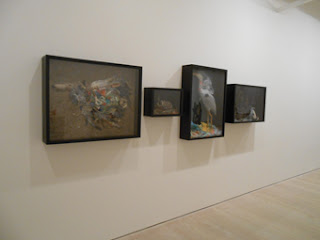 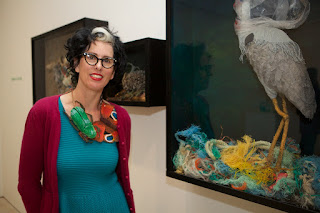